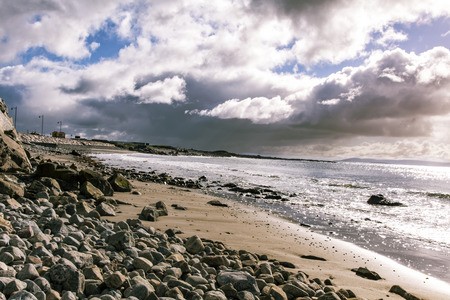 When the Irish tenor singer Michael Daly recorded his first album “Ireland From Glen to Glen” he did so to share his passion for Irish folk music with the world. All  17 songs included on the album are famous Irish songs with long and rich histories in the Irish tradition. “Galway Bay,”  Song  # 1 of Michael’s  Album  “Ireland  From  Glen”  is a favorite for all listeners.  Go  to  www.michaeldalytenor.com  and  enjoy  his  wonderful  voice  and  beautiful  music.

“Galway Bay” is a beautiful and majestic  Bay on the west coast of Ireland that has inspired a number of songs and popular culture references. The first Irish folk song titled “Galway Bay” was written by Frank A. Fahy in the 19th century and is more commonly known as “(My Own Dear) Galway Bay.” Rather than recording that more obscure song, Michael Daly recorded the separate song “Galway Bay” written by Dr. Arthur Colahan in Leicester in 1947.

The lyrics of “Galway Bay” are undeniably nostalgic and idyllic, extolling the scenic beauty found throughout the bay area. As the second verse says, “Just to hear again the ripple of the trout stream / The women in the meadow making hay / Just to sit beside the turf fire in a cabin / And watch the barefoot gossoons as they play.” Bing Crosby himself was so inspired by the words that he recorded and popularized the song in the late 1940s, and “Galway Bay” spent 12 weeks in the American charts.