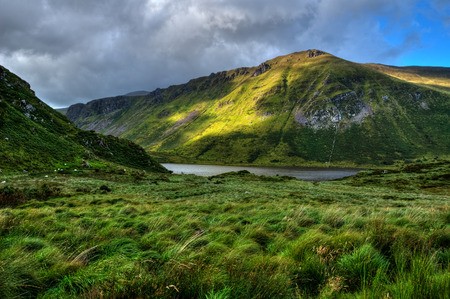 Capture the Irish culture in his first  17  song Album,  “Ireland From Glen to Glen.”   Go  to  his  website  www.michaeldalytenor.com  and  listen  to Michael Daly deliver his authentic and touching version of “Danny Boy.” Michael’s passion for Irish music originated from his Irish heritage. As the first son of Irish immigrants, Michael grew up immersed in the Irish culture. His recording of “Danny Boy” perfectly represents his love for Irish folk music.

It has been more than 100 years since English songwriter and lawyer Fred Weatherly wrote “Danny Boy,” and in that time the song has been played at many high profile events like the funerals of President Kennedy and Elvis Presley. However, the song’s popularity also raised some questions. As the writer’s great-grandson explained, “One of the mysteries has always been how this Englishman, who’d never been to Ireland, very upper crust, British, could write something that immediately took off for the Irish.”

As it turns out, “Danny Boy” evolved significantly before it became a hit. The first version paired the words with a much different tune that didn’t evoke the same listener response. Weatherly’s sister-in-law, an Irish immigrant, finally suggested that he use “The Londonderry Aire,” an ancient Irish melody. When matched with Weatherly’s heavy words, “Danny Boy” transformed into a haunting and unforgettable song.

The lyrics of “Danny Boy” have raised plenty of theories over the years, but overall most people agree it is a song about love and loss, such as young men going to war. The first verse reads, “Oh, Danny boy, the pipes, the pipes are calling / From glen to glen, and down the mountain side. / The summer’s gone, and all the roses falling, / It’s you, it’s you must go and I must bide.” The song goes on to conjure the image of someone who has died waiting for her loved one to return: “And I shall hear, though soft you tread above me, / And all my grave will warmer, sweeter be, / For you will bend and tell me that you love me, / and I will sleep in peace until you come to me!”  The words are deeply touching.

Michael Daly sings this haunting and emotional song with the heartfelt voice that Weatherly intended. Listen for yourself  to  Danny  Boy  on  his  Album  “ Ireland  From  Glen  to  Glen”  on  his  website www.michaeldalytenor.com  and select individual songs or complete albums for your purchase. You will be able to enjoy a song that has become a cornerstone to the Irish tradition.