“The Fields of Athenry” The Sad Story of the Irish Potato Famine – by Michael Daly, Irish Tenor 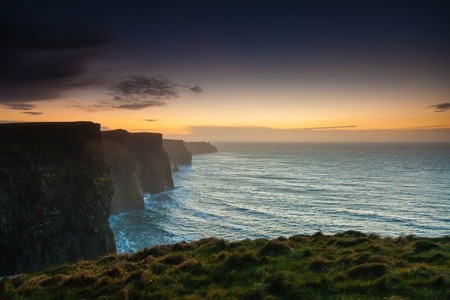 With his rich Irish tenor voice, Michael Daly has been bringing listeners the joys of authentic Irish folk music for years. Thanks to his own Irish heritage as the son of Irish immigrants, Michael has a close connection with Ireland’s history, including the Irish Potato Famine that inspired one of the most moving songs on his first 17 song album Ireland From Glen to Glen, titled “The Fields of Athenry.” Go to his website www.michaeldalytenor.com to listen to him deliver his touching version of this beloved song.

“The Fields of Athenry” was written by Pete St John and first recorded in 1979 by Danny Doyle, far later than many other Irish folk songs. Paddy Reilly released another version of the song in 1982 that remained in the Irish charts for a full 72 weeks, and it has since been recorded by various other Irish singers, including Michael Daly. During the 1990 World Cup, the Republic of Ireland national football team adopted the song as its anthem. The lyrics connected strongly with Celtic Football Club supporters in Glasgow since so many Irish famine victims emigrated to Glasgow in the 1840s. Many other sports teams, like the London Irish and Connacht rugby teams, also associate themselves with “The Fields of Athenry.”

The lyrics of “The Fields of Athenry” are a painful reminder of the starvation the Irish endured during the 19th century. The first verse describes a man, Michael, being sent away to Australia on a prison ship for stealing corn “so the young might see the morn”. The fictional character Michael tells his wife, “Nothing matters Mary when you’re free / Against the Famine and the Crown / I rebelled they ran me down / Now you must raise our child with dignity.” These words capture the plight of the Irish as they struggled to keep themselves and their children alive through famine and battle the often cruel English crown.

Experience this touching and meaningful song for yourself as Michael Daly sings it with his heartfelt voice. You can find it on his “Ireland From Glen to Glen” album at www.michaeldalytenor.com. Just select individual songs or complete albums for your purchase. You’ll enjoy being a part of this Irish tradition!