When Irish Eyes are Smiling: A Song of Irish Joy – By Michael Daly, Irish Tenor 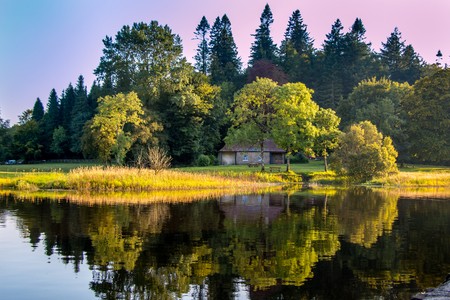 As the oldest son of Irish immigrants, Michael Daly has a special connection to the roots of Irish folk songs such as “When Irish Eyes Are Smiling,” one of the 17 songs on his Ireland From Glen to Glen album. Michael’s resonant Irish tenor voice makes this endearing song even more enjoyable for listeners.

“When Irish Eyes Are Smiling” remains one of the most popular Irish songs to cover, and artists like Bing Crosby and Nelson Eddy have also lent their own dynamic to the song over the years. It dates back to 1912, when three songwriters collaborated to write a lighthearted tribute to Ireland. Of the three men, only Chauncey Olcott, the child of Irish immigrants, had any roots in Ireland to use as inspiration.

When Olcott, George Graff, Jr., and Ernest ball wrote “When Irish Eyes Are Smiling” in 1912, Irish tribute songs were growing in popularity across both Britain and the United States. These songs romanticized Ireland and gave immigrants a way to connect with their old homelands, especially after experiencing extreme prejudice throughout the late 19th century in America. The songwriters managed to capture the essence of Ireland in a catchy tune, so much so that it has been recorded hundreds of times since.

Michael Daly’s heartwarming voice is the perfect way to listen to this sentimental and idyllic song about the strength of an Irish smile. Listen to  his  wonderful  voice  and beautiful music.

You can find this song on  his  all  Irish  album,   “Ireland  From  Glen  To  Glen.”  Go  to his  website  www.michaeldalytenor  to  view  all  of  his  Album  and  to  purchase individual  songs or  complete  albums.