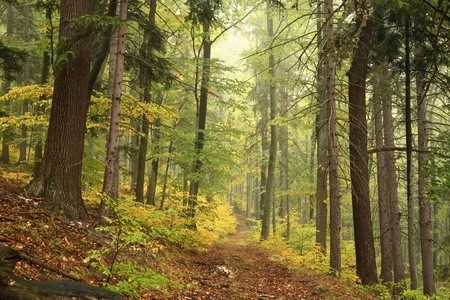 The world has many love songs to enjoy, but some are more notable than others. This is why Irish tenor singer Michael Daly compiled 14 of the bravest, greatest love songs ever written into his second album, Bravelove. In the 8th track on Bravelove, Michael lends his voice to “Trees,” a song that was actually written as a poem by Joyce Kilmer in 1913.

Joyce Kilmer was a prolific American writer and poet who drew his inspiration from the beauty of the natural world around him. Born in New Jersey in 1886, Kilmer enjoyed a rigorous education throughout his youth and attended Columbia University to achieve his Bachelor of Arts degree. He devoted his career to writing and soon became known as the leading religious poet of his time. Kilmer’s publication of “Trees” in 1913 solidified his popularity across the country, especially among Catholic readers. Sadly, Kilmer was killed in battle in World War I at the young age of 31.

According to Kilmer’s oldest son, Kenton, “Trees” was written in February of 1913. “It was written in the afternoon in the intervals of some other writing. The desk was in an upstairs room, by a window looking down a wooded hill.” Though many people have asserted that a specific tree from a memory in Kilmer’s life inspired his famous poem, Kenton believes that, “Dad never meant his poem to apply to one particular tree, or to the trees of any special region. Just any trees or all trees that might be rained on or snowed on, and that would be suitable nesting places for robins.”

“Trees” is known for its charming simplicity with the words “I think that I shall never see / A poem lovely as a tree. / A tree whose hungry mouth is prest / Against the sweet earth’s flowing breast; / A tree that looks at God all day, / And lifts her leafy arms to pray; / A tree that may in summer wear / A nest of robins in her hair; / Upon whose bosom snow has lain; / Who intimately lives with rain.” The lyrics offer beautiful rhyme, meter, and metaphor that readers and listeners enjoy.

“Trees” concludes with two simple but powerful lines: “Poems are made by fools like me, / But only God can make a tree.” The entire poem reflects Kilmer’s religious beliefs and speaks of the love he feels for both nature and God. You can enjoy this meaningful poem yourself by listening to Michael Daly’s version on his album Bravelove. Visit www.michaeldalytenor.com and select the individual song or complete album for your purchase. Then you can share Kilmer’s version of beauty and love with others!