The 10 Best Christmas Songs of All Time 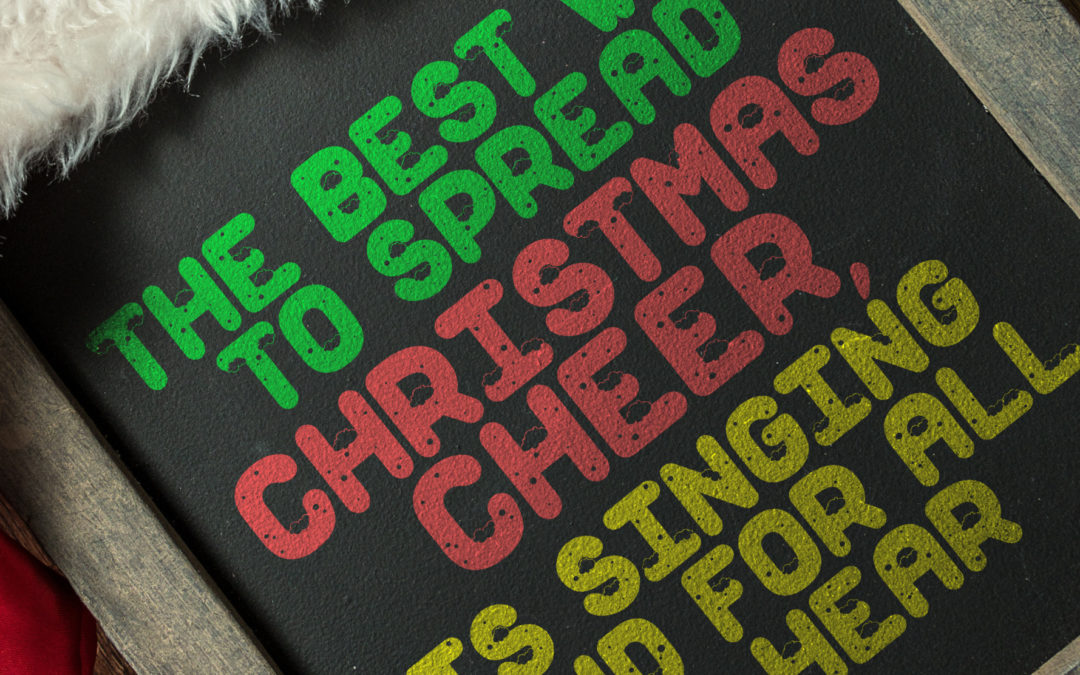 What do the first song broadcast over the radio and the best-selling single of all time have in common?

They are both Christmas songs.

Say what you will about Christmas music, the best Christmas songs have stuck with us for decades. These catchy tunes or hauntingly beautiful melodies embody the spirit of a season that cannot be expressed in mere words but requires music to convey.

People have been watching the timeless classic White Christmas since it came out in 1942. Thus it’s no surprise that the hit song of the same name that was featured in the movie is so incredibly popular.

So popular, in fact, that it is the best-selling single ever, according to the Guinness World Book of Records. The beloved Christmas song has sold approximately 50 million copies around the world. Get your copy today of  Irish Tenor Michael Daly’s beautiful rendition.

Who doesn’t love re-watching the beloved Christmas classic Rudolph the Red-Nosed Reindeer? As the longest-running Christmas special in TV history, people have been sharing this heartwarming story with their children since its release in 1964.

The rousing song was a hit from the start and remains a Christmas favorite to this day. Turn up Irish Tenor Michael Daly’s heart moving singing and music to start those toes tapping!

This song, originally called “Carol of the Drum” was penned by Katherine Kennicott Davis in 1941. She was a music teacher and wrote the song as material for an amateur boys’ and girls’ choir.

In 1951, the song was first recorded though not particularly popular yet. In 1958, it was re-recorded by a different group and retitled “The Little Drummer Boy” and is now the popular song we know and love.

This age-old Christmas carol was originally written in German, “Stille Nacht, Heilige Nacht”, way back in 1818. Father Joseph Mohr, a young priest, penned the words and brought them to Franz Xaver Gruber, an organist.

Gruber composed the melody and the song was first performed on Christmas Eve in Oberndorf at the St. Nicholas parish church in 1818.

Since then, the song has been performed by countless artists. Michael Daly’s beautiful, heart warming and joyful version is a great choice this holiday season.

5. Santa Claus Is Coming to Town

John Frederick Coots and Haven Gillespie wrote this famous Christmas song. The song made its debut on Eddie Cantor’s radio show in 1934. Within 24 hours, 30,000 records had been sold and 500,000 orders for sheet music came in.

Over 200 artists have re-recorded this delightful tune, including Michael Daly in his happy Irish Tenor style.

“O Holy Night” originated as “Cantique de Noel” in France. A parish priest commissioned Placide Cappeau de Roquemaure, the commissionaire of wines in the town and known poet, to write a poem.

Cappeau loved the words so much that he asked his friend Adolphe Charles Adams to set it to music. The song was performed for the first time on Christmas Eve in 1847.

It became hugely popular in France, although the French Catholic church later banned it because the writer and songwriter were not devout Catholics. It remained popular among the French people, however, and then made its way to America.

In 1906, Reginald Fessenden made the first-ever radio broadcast of a human voice. He first read an excerpt from the Gospel of Luke and then played “O Holy Night” on his violin.

“Joy to the World” is the oldest Christmas song on our list and was not originally written for Christmas. It was written by the famous hymn writer Isaac Watts and published in his book of poems that were each adapted from a Psalm in 1719. “Joy to the World” comes from Psalm 98.

More than one musical version of the poem was created. But our modern-day version was done by Lowell Mason in 1848. Now it is the most-published Christmas hymn in North America.

Whether reading or singing “The Lord’s Prayer”, it is a lovely reminder of how we should interact with God. While God is listening anytime, Christmas is the perfect time of year to reflect on prayer and how we should go about it.

The text of the song has been taken nearly directly from the text of the Bible and set to music. Let the hauntingly beautiful strains of this Hymn from Michael Daly Irish Tenor,  and fill your ears with happiness this holiday season.

No one ever said good music has to be labored over for hours. Evelyn Danzig wrote the music and Jack Segal the words in only 15 minutes in 1949.

Since then, many artists have covered the song and released their own versions.

The heartwarming tale tells of a father listening to his little girl praying for “scarlet ribbons for her hair.” He is upset because there was nowhere to buy any. But at dawn he peeps in on her, only to discover scarlet ribbons everywhere.

Phillip Brooks, an Episcopal priest, was inspired to write the song by a visit to Bethlehem in 1865. He didn’t write it, though, until three years later.

Then he asked Lewis Redner, the organist at his church to set the poem to music. Redner says his brain was all confused about the tune up until the day before the carol was supposed to be played in church.

He says he was roused in the middle of the night, hearing angelic strains. He jotted the tune down and it was performed the next day. Neither man ever imagined people would still be singing it over a hundred years later.

Listen to the golden voice of Michael Daly sing this classic hymn for your life today!

The Best Christmas Songs of All Time

If you love the songs on this list, be sure to check out Michael Daly’s album Your Christmas. He has recorded each of these songs for your holiday enjoyment.