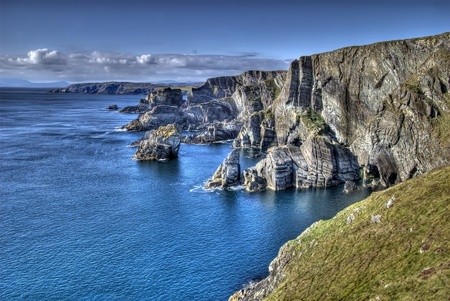 The rich heritage of the Irish offers an endless supply of song topics and inspirations. Michael Daly, Irish Tenor, shares in the Irish heritage thanks to his immigrant parents. In addition to visiting his parents’ home country, Michael also expresses his love and passion for the Irish through his songs. His first album, Ireland From Glen to Glen, consists of 17 Irish songs that are known around the world for their heartwarming charm and grace.

“Macushla” dates back to 1910. Dermot MacMurrough composed the music, and Josephine V. Rowe supplied the lyrics. Though not much is known about the authors of the song, its title has an interesting history. The term Macushla actually originations from the Irish mo chuisle, which means “my pulse.” Extended to a chuisle mo chroi means “pulse of my heart.” Eventually, mo chuisle morphed into macushla, which is a common Irish term of affection that means “darling” or “sweetheart.”

The song “Macushla” tells the sad tale of separated lovers as one calls out for the other. It begins with the words, “Macushla! Macushla! / Your sweet voice is calling, / Calling me softly, Again and Again.” The listener might think this is a hopeful acknowledgement of a loved one, but the next verse proves that a problem persists: “Macushla! Macushla! / I hear it in vain… / My lost love, Macushla, / Let them find me and bind me / Again, if they will.” The lyrics of the song leave the reason for these lovers’ separation as a mystery, but the next verse provides additional clues.

The song ends with the words, “Macushla! Macushla! / Your red lips are saying / That death is a dream, / And love is for aye, / Then awaken, Macushla, / Awake from your dreaming, / My blue eyed Macushla, / Awaken to stay.” These words leave the world wondering if this man’s Macushla has died, or is perhaps very sick and fighting for her life. Sadly, the song does not provide any closure, so for more than a century listeners have been left creating their own endings.

Michael Daly uses the gift of his tenor voice to convey this sad song for the pleasure of his listeners. “Macushla” is an Irish love song that anybody can enjoy, especially those looking for a song that connects to the ideas of lost love. Listen to Michael Daly sing “Macushla” on his website, www.michaeldalytenor.com by selecting an individual song or the entire album for purchase. Enjoy!