“McNamara’s Band,” the Upbeat Song that Will Make You Dance – by Michael Daly, Irish Tenor 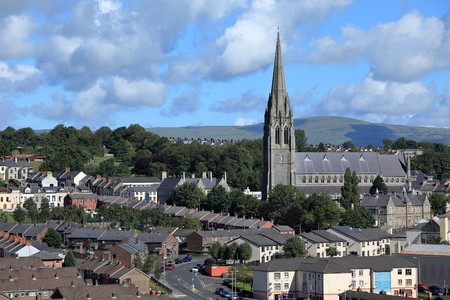 There’s no doubt about it, some of the greatest songs in the world are Irish folk songs. These incredible stories inspired Irish Tenor Michael Daly to record his second album, Bravelove with a collection of 14 popular Irish love and dance songs. One particularly special song on this album is titled “McNamara’s Band”, and you can enjoy Michael’s version of this song and more when you go to his website www.michaeldalytenor.com.

“McNamara’s Band” was composed and written by Shamus O’Connor and John J. Stamford in 1889, and it quickly launched to popularity thanks to its catchy beat and light lyrics. Bing Crosby recorded his own version of the song in the 1940s, which helped popularize “McNamara’s Band” even more. It has become one of the most common songs sung on St. Patrick’s Day. Many musical experts believe that the song’s creators were inspired by the St. Mary’s Fife and Drum Band, formed by the four McNamara brothers in Limerick in the late 19th century.

The lyrics of “McNamara’s Band” are fun and upbeat, sending a message of a talented, confident, and entertaining group of musicians: “Me name is McNamara, I’m the leader of the band, / And tho’ we’re few in number we’re the finest in all the land / …When the drums go bang, the cymbals clang, the horns will blaze away, / MacCarthy puffs the ould bassoon while Doyle the pipes will play / ….A credit to old Ireland is McNamara’s Band!”

Anybody listening to Michael Daly’s version of “McNamara’s Band” won’t be able to help but tap and dance along. It’s a joyful and energetic song that makes the perfect addition to any celebration or sporting event. In fact, it was played at the beginning of every Tottenham home game for 30 years! You can enjoy this song yourself by visiting Michael Daly’s website www.michaeldalytenor.com and clicking on his Bravelove album. Listen to a sample of the song and then click through to purchase the song or album!