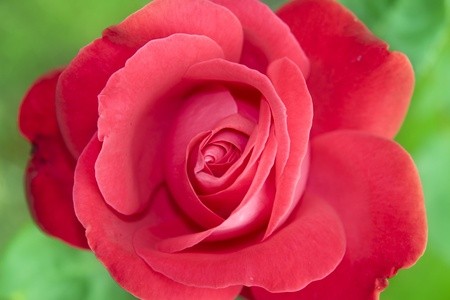 “My Wild Irish Rose” was written by Chauncey Olcott, the same singer who brought the world the beautiful lyrics to “When Irish Eyes Are Smiling.” An accomplished tenor singer in light opera, Olcott published “My Wild Irish Rose” early in 1899, and the singer Albert Campbell quickly recorded and released it as a cover. Over the years, dozens of other Irish singers, like John McCormack in 1914 and Arthur Ball in 1928, also offered the world their versions of “My Wild Irish Rose.”

After Olcott’s death in 1932, his wife Margaret revealed Olcott’s inspiration for the lyrics of “My Wild Irish Rose”. According to Margaret, in 1889 she and Olcott visited Killeagh, County Cork, where Olcott’s mother was born. A young Irish boy gave Margaret a flower, and when asked what it was called he replied, “…a wild Irish rose.” Margaret preserved the flower and brought it back to Olcott’s attention a year later when he asked her advice for a new song title. It didn’t take long for the ballad to rise in popularity.

The lyrics of “My Wild Irish Rose” paint a loving picture of a man who is infatuated with a woman that he describes as being as sweet and beautiful as a wild Irish Rose. “‘Twas given to me by a girl that I know, / Since we’ve met, faith, I’ve known no repose; / She is dearer by far than the world’s brightest star, / And I call her my wild Irish Rose.” The song goes on to emphasize just how much the man idolized this woman: “You may search everywhere, but none can compare / with my wild Irish Rose.”  It’s truly an Irish love song.

Experience this beloved song yourself as Michael Daly sings with his incredible Irish Tenor voice. You can find “My Wild Irish Rose” on his Ireland from Glen to Glen album at www.michaeldalytenor.com. Just select individual songs or complete albums for your purchase. Then you can share this Irish tune with someone that you love!