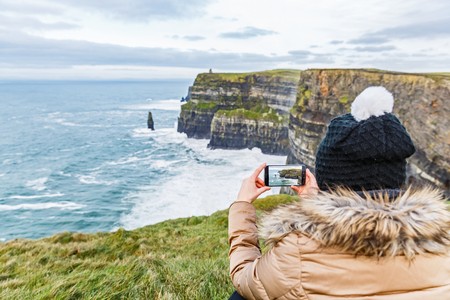 Each form of music around the world has its own interesting history, and Irish music is certainly no exception. Steeped in oral tradition and known for its prolific nature, Irish music has captured the hearts and minds of listeners around the world. In fact, major bands today like the Script and U2 have Irish roots.

The arrival of the Celts in Ireland about 2,000 years ago marks the beginning of traditional Irish music. The Celts had been established in Eastern Europe since 500 BC and brought with them to Ireland music influences of the East, like the Irish Harp that most likely originated in Egypt. The oral tradition of listening to music and learning it by ear was passed down between generations for centuries.

The Harp Makes its Mark Between the 10th and 17th Centuries

While the harp has always been an important component of Irish music, it enjoyed most popularity between the 10th and 17th centuries. Harpists were considered professional musicians and as such were employed by the ruling Chieftains to make a perform music for them on command. However, when the Chieftains fled Ireland in an invasion in 1607, harpists lost their employment and became traveling musicians instead.

Written Music Forms in the 18th Century and Travels to America

As Irish music evolved, it eventually became written on paper. The first collection of Irish music dates back to 1762. It includes 49 airs by the Neale brothers in Dublin. Edward Bunting created what is still considered the most significant manuscripts of Irish music shortly after that, in 1792. He introduced his work at the Belfast Harp Festival for all to see, and his manuscripts still exist today.

When the Great Famine in the 1840s forced many Irish people to immigrate to America, they brought their music traditions with them. Despite the incredible size of immigrant destinations like New York, Chicago, and Boston, Irish music networks developed quickly to help the Irish share their love of music.