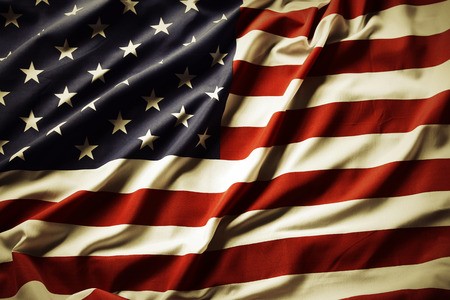 “America the Beautiful” is one of the nation’s most iconic and patriotic songs. It is easily recognized by every American, which is why Michael Daly added it to his album Love Calling, a collection of 16 famous Broadway love songs. Michael lends his rich Irish Tenor voice to this American classic, and you can enjoy it yourself when you visit www.michaeldalytenor.com and select the album Love Calling.

“America the Beautiful” was written by Katharine Lee Bates when she took a trip to Pike’s Peak in Colorado in 1893. As an English professor at Wellesley College near Boston, Massachusetts, Bates had traveled to Colorado over the summer to teach a short summer school session. To celebrate the end of the session, Bates joined other professors for a trip to the top of Pike’s Peak. Bates was immediately inspired by “the sea-like expanse of fertile country… under those ample skies.” The first lines of “America the Beautiful” were quickly born.

Though Bates easily finished her poem before leaving Colorado, it wasn’t published until two years later when it was first printed in a weekly newspaper on July 4, 1895. It took many more years for “America the Beautiful” to be set to music, when Samuel A. Ward’s tune titled “Materna” was combined with Bates’ lyrics. Sadly, Ward died in 1903 before he had the chance to see what a national sensation his song would become.

On his album, Michael sings the lyrics of “America the Beautiful” that reflect what Bates called a “fundamental faith in human brotherhood.” He sings the iconic lyrics, “O beautiful for spacious skies, / For amber waves of grain, / For purple mountain majesties / Above the fruited plain! / America! America! / God shed his grace on thee / And crown thy good with brotherhood / From sea to shining sea!” Unlike “The Star-Spangled Banner”, which has war-oriented imagery, “America the Beautiful” is an idyllic and more melodic song that is held in very high esteem by most Americans.

Head to www.michaeldalytenor.com to listen to his version of this patriotic American song yourself. He uses his Irish Tenor voice to convey the promises of America, love for the nation’s heros, and faith in liberty and freedom.