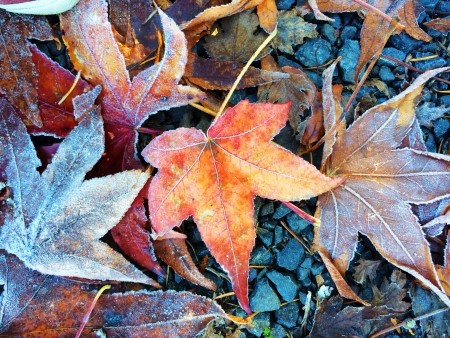 As an Irish tenor singer with a great passion for his ancestral homeland, Michael Daly loves to record songs that hold deep meaning to the people of Ireland. In his 2009 album entitled Singing God’s Glory, Michael accomplishes this on his third track, “Lady of Knock.” This song represents the famous 1879 occurrence in the village of Knock, County Mayo, where villagers witnessed an apparition of the Blessed Virgin Mary, Saint Joseph, and Saint John.

Irish singer Dana Rosemary Scallon wrote “Lady of Knock” and released it as a single in 1981. Dana enjoyed a successful music career throughout the 1970s and 1980s after getting her start winning the 1970 Eurovision singing competition. She released a number of pop albums until taking advantage of a growing Catholic music audience and releasing an album based more on religious themes. “Lady of Knock” was included in this album as a Marian hymn. It has since become a very popular hymn among Irish Catholics and is often played at funeral services.

“Lady of Knock” tells a story of an event that occurred in 1879 in the village of Knock in County Mayo, Ireland. According to history, as many as 15 people witnessed an apparition of the Virgin Mary, Saint Joseph, and Saint John the Evangelist at the south gable end of their local parish church. The witnesses described Mary as looking beautiful in a white cloak and standing a few feet above the ground, deep in prayer with her eyes raised to heaven. Saint Joseph and John stood on Mary’s right and left, dressed in long robes. It is said that those who witnessed the apparition stood in the rain for two hours reciting the Rosary while the ground around Mary, Joseph, and John remained completely dry.

As the song “Lady of Knock” describes, “There were people of all ages gathered ‘round the gable wall / poor and humble men and women, little children that you called / we are gathered here before you, and our hearts are just the same / filled with joy at such a vision, as we praise Your Name.” As you listen to Michael Daly sing “Lady of Knock,” you will understand just how deeply the people of Ireland praised the Blessed Virgin Mary: “Golden Rose, Queen of Ireland, all my cares and troubles cease / as we kneel with love before you, Lady of Knock, my Queen of Peace.”

A shrine has since been built to honor the apparition. Known as the Shrine at Knock, it is open year round for visitors to pay their respects to the life-sized statues of Our Lady Mary, St. Joseph, and St. John. If you can’t make it all the way to Ireland to see the shrine yourself, just download Michael Daly’s version of “Lady of Knock” and enjoy a unique piece of history by listening to his song.  Visit www.michaeldalytenor.com and select the individual song or complete album, Singing God’s Glory, for your purchase.